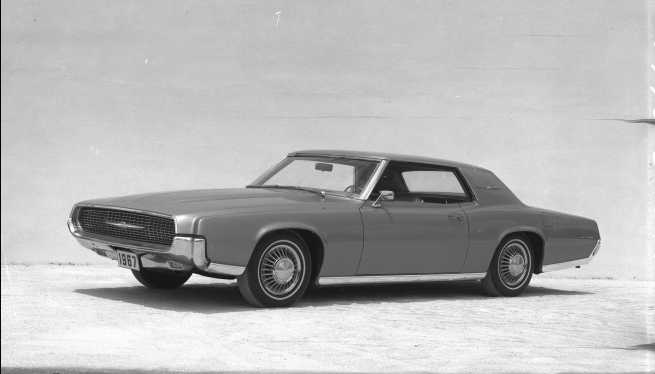 Now for a special 68 bird belonging to Rich 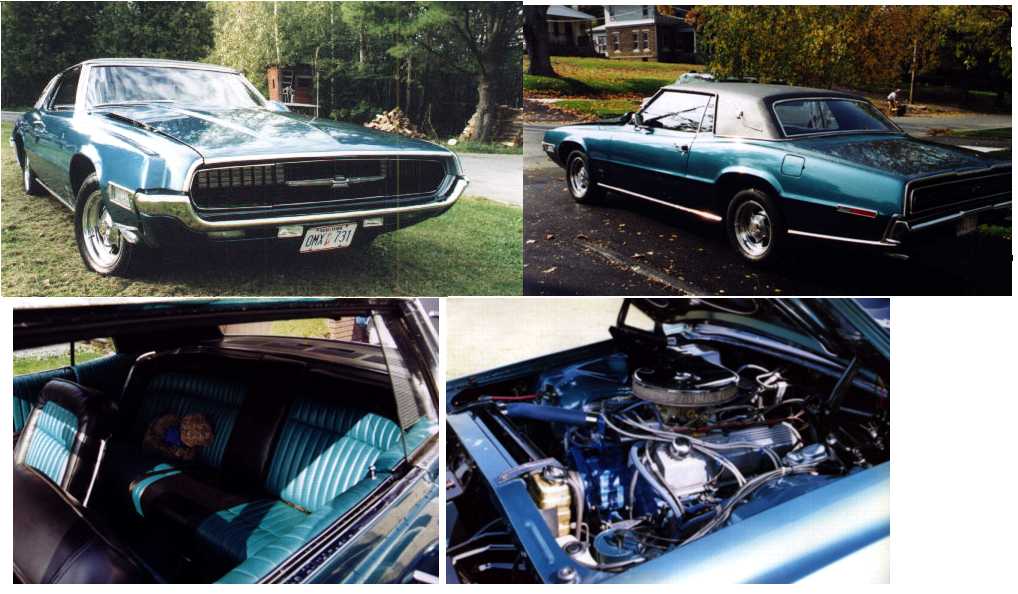 in 1972 it was purchased as a used car by my father in
johnstown ny. he drove it for 2 years as a daily driver untill he decided he
was going to keep this tbird.(he did own other birds before a 64,65,and61) so
in 74 he started to have the body redone. he had all new skins put on and
replaced what chrome he could. in 76 he did the engine (a simple rebuild
with a little step up in the cam)other than that all he did was put chrome on
the motor and tips on the exhaust and of course he had to have those crager
wire basket rims on it (so 70s style)
by the early 80s i was just in high school.in cars of course .
i talked my dad to do a car show in which we took 3rd place. he was bitten by
the show bug. from there he had murals paited under the hood and trunk lid,
anew 750cfm holley and aluminum intake and paited the engine compartment same
color as the car .after high school i left for the navy. he didnt do to much
with her other than take care of her since i wasnt around to go to shows with
him.
in 9 he passed on with cancer leaving me the bird.since then i have
done the following to improve or just to make it a better car for myself in
his memory.new paint original color (midnight aqua) new top(couldnt fing
alligator grain style so i went with levant style nos) new aluminum rims and
goodyear tires,a 67 tbird grille.some new chrome,custom interior with help of
ricks upholstery in utica ny,same for trunk custom stereo/amplifier etc.,now
the engine is the original 429thunderjet except i just swapped heads to a 72
set of heads because i can runregular unleaded and still have the same
performance with the 72 heads than the 68 headsi also have the hardened valve
seats and i dont need any lead additives or octane boosters.she runs like a
champ i also have and updated ignition system and lots of polished aluminum
and chrome under the hood. i still may go with fuel injection soon who knows
i hope you all enjoy

(presented here for you on TbirdRanch.com)

Ok, I have some  pictures of the 1968 Thunderbird . Also a little more history of the car. I have had this car for just over 1 year and at that time, it was silver. Had been sitting in someones
back junkyard of cars until i had purchased it from the owner for less than 1000 dollars in running condition. The pain was faded and the interior needed to be put back together ( I guess someone was starting to go through all the electric windows at the time it was disassembled). The motor ran and was equipped with the a Holley 390 CFM 4 bbl and a single exhaust that someone had replaced the factory dual exhaust with. When I got the vehicle, I started working on the powertrain and exhaust system. I replaced the exhaust with a 2 1/2 inch dual exhaust system and bullet mufflers. I purchased a set of headers that had to be "modified" to fit into the Thunderbirds engine bay. I got them from Ford Powertrain on the internet. The intake system was also modified with a Weiand Stealth intake manifold (great choice if you plan to modify your hood, otherwise, too high) and a 780 cfm vaccum secondary carburator and a 1" 4 hole spacer under it.

Points got replaced with a pentronix system and the ignition coil was replaced with an epoxy filled one that will produce more spark and run cooler. Rear gears were replaced with 3:50 to one gearset and positraction. The mechanical fuel pump was replaced with a holley electric fuel pump, and the cooling system was renewed with a new radiator-very hi efficiency 3 row that is used in motorhome applications. The 429 engine is not a cool running engine, especially pulling the heft of this vehicle, and as such was also treated to a deep pitch flex fan and an electric fan in front and an external transmission cooler. Internally of the engine, it is basically stock (except for the mild rv cam and roller timing chain set.

After I got the car running well (try 300 horsepower to the rear wheels) I had the car painted black and had the hood modified so that it would accomodate the tall intake/carb setup. I had to run the car without a hood for a while before it was modified. I also added running lights behind the blacked out front grill that are on when the car is on and, I added a floor shifter for the automatic transmission (b&m quicksilver shifter). Alot better than the factory column shifter. Otherwise, the interior is stock exept the cd player in dash and aftermarket speakers with tach.

The car runs really well and gets looks from practically everyone that sees it go by. Not too many of these cars left on the road and people usually ask what kind of car it is. 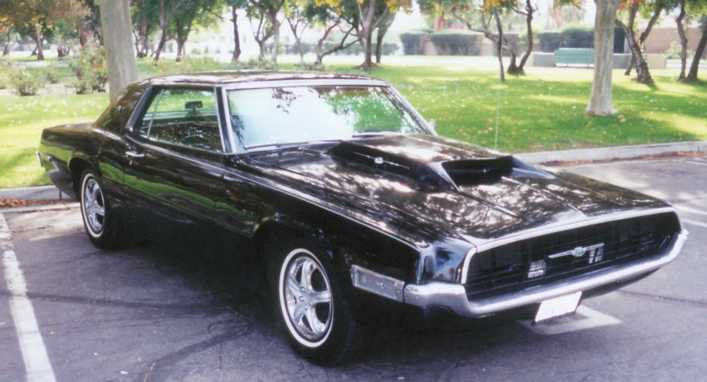 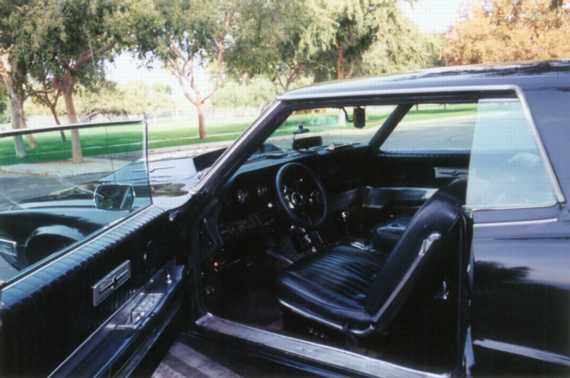 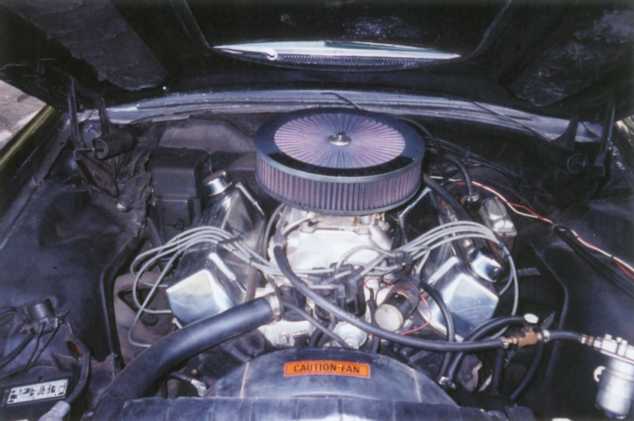